‘Trespass’ is a site specific app/artwork by international artist Layla Curtis, commissioned by Lancaster’s StoreyG2 as part of ‘Landed (Freeman’s Wood)’. The ‘Trespass’ artwork features an application designed for iphone which uses a custom drawn map, geo-location and audio recordings to invite users to participate in an oral history of Freeman’s Wood; an area of urban edgeland on the outskirts of Lancaster, in Lancashire. 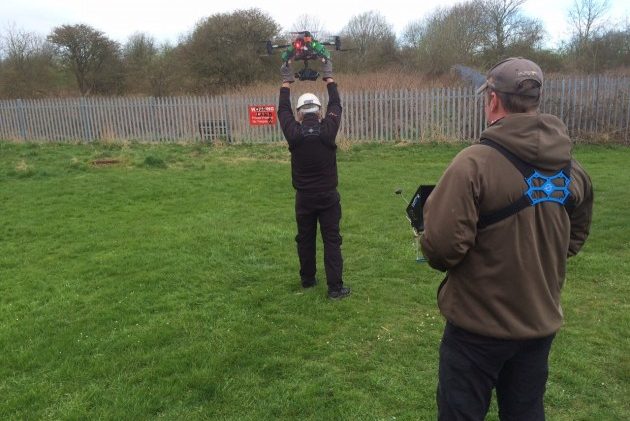 The ‘Trespass’ artwork features an application designed for iphone which uses a custom drawn map, geo-location and audio recordings to invite users to participate in an oral history of Freeman’s Wood; an area of urban edgeland on the outskirts of Lancaster, in Lancashire.

Freeman’s Wood has been used for decades by local people for recreation and is currently owned by an offshore property company, who recently erected a metal fence around the Wood, barring locals from entering under threat of breaking trespass laws.

The Civic Drone Centre team were interested in collaborating with Curtis to explore issues of aerial ‘trespass’ collecting video and photography from beyond the perimeter fence some 400 feet in the air using an unmanned aerial vehicle (UAV) piloted by local company AerialVue.

Professor Paul Egglestone, who runs the Civic Drone Centre project, said: ‘There’s some good legal and ethical quandaries in this project for us that will resonate with the public and wider UAV community that complement Layla’s work on the ground. Issues of privacy, for example, are increasingly coming to the forefront of the debate on the use of ‘drones’ and whilst the existing Civil Aviation Authority Regulations don’t permit flights over land without permission – a regulation we obviously adhered to – we have filmed and photographed the land, and anybody using it, from 400 feet in the air”

For the iphone application Curtis recorded interviews with members of the local community as they walked inside and around the wood. App users are invited to walk these same routes whilst listening to the individuals reflect on the impact the Wood has had on their lives, and their speculations as to what the Wood’s future might be.

The app uses geo-location to identify where users are in relation to the boundary of Freeman’s Wood, and once the user is nearby it indicates the starting points of thirteen walking routes.

The app restricts access to some of the audio content with a ‘geo-fence’. This virtual boundary follows the route of the physical fence erected by the current owners. Access to all thirteen audio tracks is only granted if the listener chooses to trespass, crossing both the physical fence, and the app’s virtual geo-fence, into Freeman’s Wood. 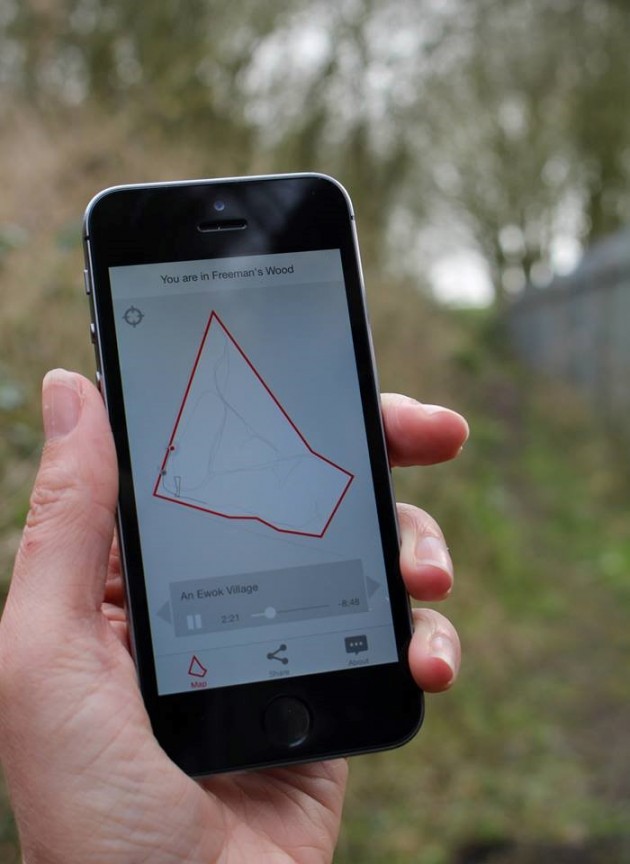 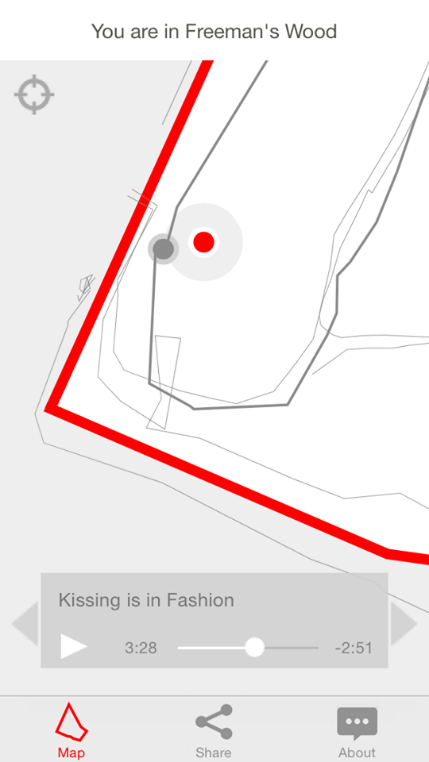 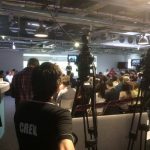 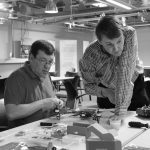 Next Story:
DroneHack for humanity