The two day event brought together companies, government agencies and campaigners from the Open Data community to discuss the state of open data worldwide.

The media innovation studio’s Andy Dickinson attended the two days which included a day of training and discovery. “It’s been a really interesting two day”, he said. “The’res a really diverse range of people and motivations here which makes for some challenging and wide-ranging conversation”

The ODI’s CEO Gavin Starks said “the ODI brings color to data” presenting, and the range of speakers and ideas certainly presented the good news about the growing support for open data.  Two new projects were announced to support and fund EU open data and an ODI/Nesta collaboration on open data in the arts and heritage sector.

The event was also an opportunity to celebrate the 25th anniversary of the web. Sir Tim Berners Lee, who is one of the founders of the ODI delivered a key-note speech likening the acceptance of open and linked data to the progress of the early web.  He said that  “a syndrome of progressive, competitive, disclosure” helped win the argument for putting more content online.

Berners Lee went on to make the case for linking data as a way of opening up the web for users, connecting their data across different platforms “I want the view of my life to be consistent across the personal, the shared and the public”

The future of open data

The highlight of the conference for many delegates was an on stage interview by newest ODI board memeber Martha Lane Fox with Manchester teenager and EU Digital Girl of the year Amy Mather. The confidence and clarity with which she discussed her love of coding and encouraging more women to get involved with code earned her a well deserved standing ovation.

The conference finished with a call-to-arms by Sire Nigel Shadbolt, co-founder of the ODI, making the case for beginning to scale-up open data’s role in solving endemic problems in society. He stressed the importance of people and the stories they tell as key. He said, “Stories are data with a soul” he said. 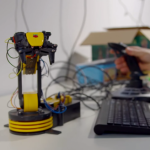 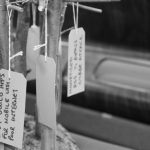 Next Story:
Collaborative revenue capture for media under threat