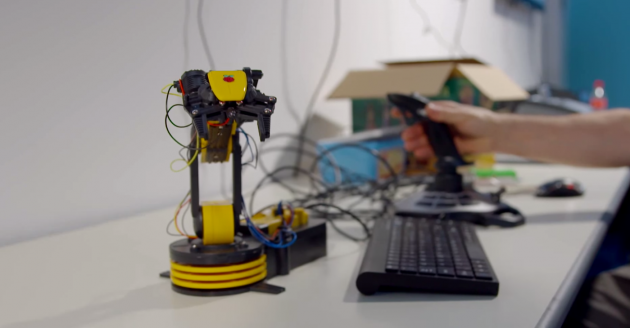 Raspberry Jams are set to roll out across the North of England thanks to funding from the Department for Education (DfE) and the Raspberry Pi Foundation.

Jam Packed is the latest offering from TalkTalk Digital Hero award winner Alan O’Donahue. Alan is principal teacher of Computing at Our Lady’s Catholic High School in Preston and the man behind Hack To The Future and Raspberry Jam – the regular hack series hosted here at the Media Innovation Studio.

Alan said “thanks to your support, the raspberry Pi community continues to thrive and grow” and his latest venture to take computer coding out of the classroom and into communities is set to build an even bigger coding community.

It’s over two years since the launch of the Raspberry Pi. For the thousands of people who’ve been using them they need no introduction but those who’ve never heard of the raspberry Pi, it’s a small computer about the size of a credit card. It was developed by the Raspberry Pi Foundation specifically for use in the classroom to help pupils develop their programming skills. They do this by plugging the device into a laptop and writing simple coded commands in the form of a series of instructions.

These could be as basic as asking the Raspberry Pi to switch a light bulb on and off or as complex as guiding a small robotic arm as it selects, picks up and places objects together on a table top. Through learning how to manipulate and control external objects connected to the Raspberry Pi, Raspberry Jam participants quickly hone their programming skills. The real beauty of the lab based hack sessions is the sharing of knowledge that happens naturally as people swap code instructions with each other to add levels of functionality to the objects and devices they’re controlling.

The Media Innovation Studio has been hosting a growing community of hackers and makers since it’s launch in 2013. Studio staff are  committed to bringing a broad range of people together to collaborate in lots of different ways The flexible open space complete with video projection, wi-fi and 9 high definition TV monitors is ideal for running hackathons and coding clubs.

Paul Egglestone said: ‘The Media Innovation Studio was set up as a research centre and learning lab so it’s great to see it full of people thinking about code, making stuff, playing with materials and doing something very cool in the process. The work Alan does with Martin Bateman from UCLan’s Computing Department is really inspirational. We’re delighted to support Raspberry Jams. It’s such a great way of introducing pupils to basic coding and connecting people through making stuff!” 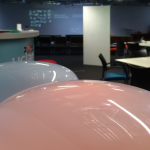 Next Story:
#ODISummit: Celebrating the growth of open data