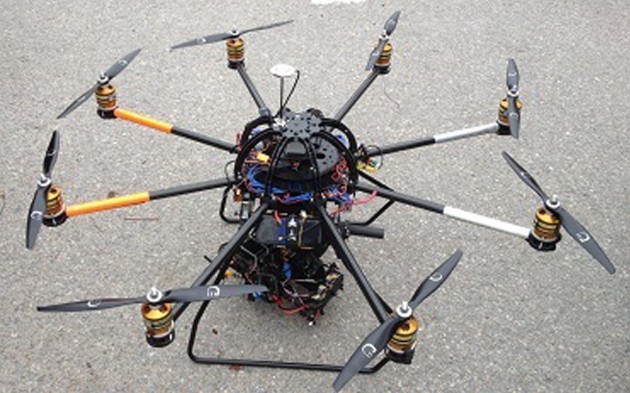 The pioneering project is the work of staff at UCLan’s Aerospace Centre and Media Innovation Studio who have collaborated to develop the kit they are testing with Patterdale Mountain Rescue Team and people from across the region, throughout the UK and internationally.

On Thursday 25th of July at 12:30pm the AeroSee aircraft or drone will be launched from the Sports Field in Glenridding (opposite Ogilvie House, the Patterdale Mountain Rescue Team’s Rescue Centre) where it will embark on a 20-minute flight covering 10square kilometres in search of a missing hiker – planted by the research team. Images from AeroSee will be relayed to anyone logged onto the AeroSee web application. As images are streamed to people’s computers, tablets and mobiles they will be able to tap or click on any area of the image (creating a ‘tag’) where they think they may have spotted an injured person on the mountainside.

Anyone interested in joining the AeroSee search and rescue community needs to create a user account on line by following the instructions at this web address: www.aerosee.org.  Participants can also reach this via the Patterdale MRT website, www.mountainrescue.org.uk.

Before the operation goes live they will receive a text message inviting them to log on to the AeroSee site where they will be able to participate in a live trial, ‘tagging’ images wherever they see anything that looks like a person in distress on the hillside.

The ‘crowd sourced’ intelligence – which includes visual references and GPS location data –  will be relayed to the Team members back at Base who are able to assess the image, and send the AeroSee back to take a closer look if they believe ‘crowd’ participants have identified a person in trouble on the hills. Data provided by members of the public participating in the rescue operation will help the mountain rescue team target their resources more effectively, saving them time searching and enabling them to head straight to the injured climber.

Darren Ansell, Space and Aerospace Engineering Lead at UCLan, said: ‘The cost of this technology has come down and down in recent years which makes operations like this one economically viable. We also know how quickly AeroSee can cover a geographic area that might take a team a number of hours to search – speeding up the rescue operation can be critical particularly when injuries are severe or the weather conditions are poor. If it can improve the focus on key areas, AeroSee also has the potential to reduce the risks for volunteer rescuers in dangerous conditions”.

Paul Egglestone, Director of the Media Innovation Studio, said: “Drones get lots of bad press as they’re usually associated with civilian causalities in military theatres. They’re just a tool and we’re using AeroSee for peaceful purposes. And the unique thing about our approach is that we’re inviting civic minded people to give up 20 minutes of their time to help save a life on the mountainside. It turns the whole drone debate on its head and encourages people to participate wherever they are using digital technology to do it”.

Patterdale Mountain Rescue Team is interested to see how AeroSee works and whether the Team really could build a community of ‘virtual search agents’ prepared to assist them at a moment’s notice when they are called out to a rescue.

Mike Blakey is the Team Leader of Patterdale MRT. He said “Mountain rescue is changing as new technology is available, from GPS and mobile phones for people visiting the hills to the SARCALL system that enables us to work more effectively with other emergency services.  Drones may be really useful in some scenarios and the idea of getting people to help with the rescue operation wherever they are in the world is a really interesting idea that taps into all the social media ways that people are using digital technology today. Doing it like this ensures it is done safely and sensibly and it’ll be fascinating to see how Thursday’s trial and demonstration works out. We’re hoping for good weather on the day.  The real test would be our usual conditions –  out at night or in atrocious weather searching for missing people.” 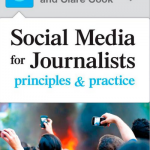 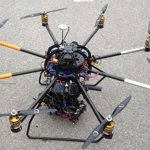 Next Story:
AeroSee drones take to sky in search and rescue scenario