“A Still Sunrise” at Cannes

From the first time I read the first draft of the script, the story really stuck in my head. I loved the idea of dealing with social issues, like domestic violence, using cinematic horror metaphors that can visually illustrate the narration. I really wanted to approach the story from a silent, “long shot” point of view that would create the atmosphere I was looking for. With A Still Sunrise I wanted to create a story, which at first sight, looks like a horror/zombie film, but in reality, is an art film with strong social messages. The final cut of the film is exactly what I was looking for in my original vision. I wanted to deliver the message only through visuals and performance, without unnecessary dialogue and cuts. I used visual poetics through the cinematography and the performance to illustrate the feeling and aesthetics of the film. The sound design and scoring played a really significant role, as they bonded together the final structure of the film by underling the significant elements I wanted.

The domestic violence topic is really significant for me to approach and that is why I created this film. I believe that even in our modern western societies, we are facing these issues that have tremendous effects on people. It is still a taboo subject and unfortunately, most of the time the victims don’t get a chance to escape from this kind of reality. A really important reason for this is the patriarchal ways that modern societies are based on. That is why I believe that the “zombies” work as a metaphor to the current “common sense” reality we are facing is a strong element within the film.

A Still Sunrise is an experimentation for me and the crew, who did a magnificent job in this project. It was “unknown waters” for me, since I came from a different background. My approach in filmmaking is totally modernist and European, so to manipulate a drama/zombie film it was truly a challenge. [/testimonial]

The film has been submitted to many films festivals in both the U.K. and abroad. It has already been accepted from Cannes Film Festival catalogue in Court Metrage category (Short film corner). That’s a great success for the film since it gives us the opportunity to screen the film to a place like Cannes Festival and make the project known internationally and to promote the school and faculty to new audiences.

Trailer of the film: https://www.youtube.com/watch?v=0wjcLnRx834

Work from Iakovos Panagopoulos PhD student in the School of Journalism, Media and Performance in the Faculty of Culture and the Creative Industries – University of Central Lancashire. Supervised by Prof Erik Knudsen 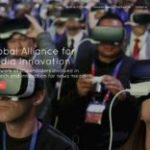