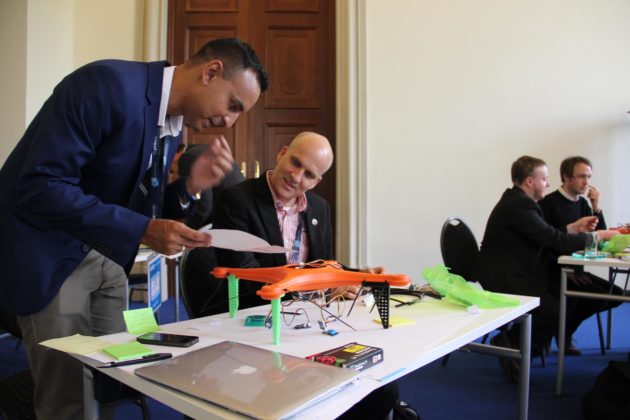 Organised by the Civic Drone Centre at the University of Central Lancashire and WAN-IFRA’s Global Alliance for Media Innovation (GAMI), and housed in Vienna’s Palace Liechenstein as part of DME16 , the session saw expert speakers and a hands-on hack where participants could build their own journalism drone.

Then, the hacking began. Participants were then given their own flat-packed drone platforms and sensor kits (including environmental sensors, GPS and ultrasonic range-finders), and asked to create drone for journalism. The winner would walk away with the Golden Drone Trophy. 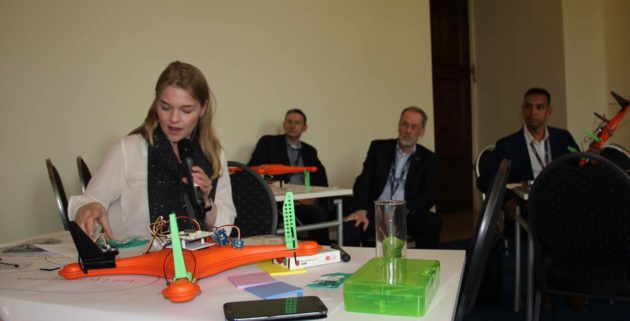 After an hour of thinking, building, cutting and sticking, we had four drone platforms mocked up and pitched their idea to Ben Kreimer. They ranged from UAVs that could detect bats over Vienna to drones to demonstrations in South Africa.

The winning team designed a UAV that could monitor bush fires in Australia – adding thermal imaging and sensor data to the storytelling mix. 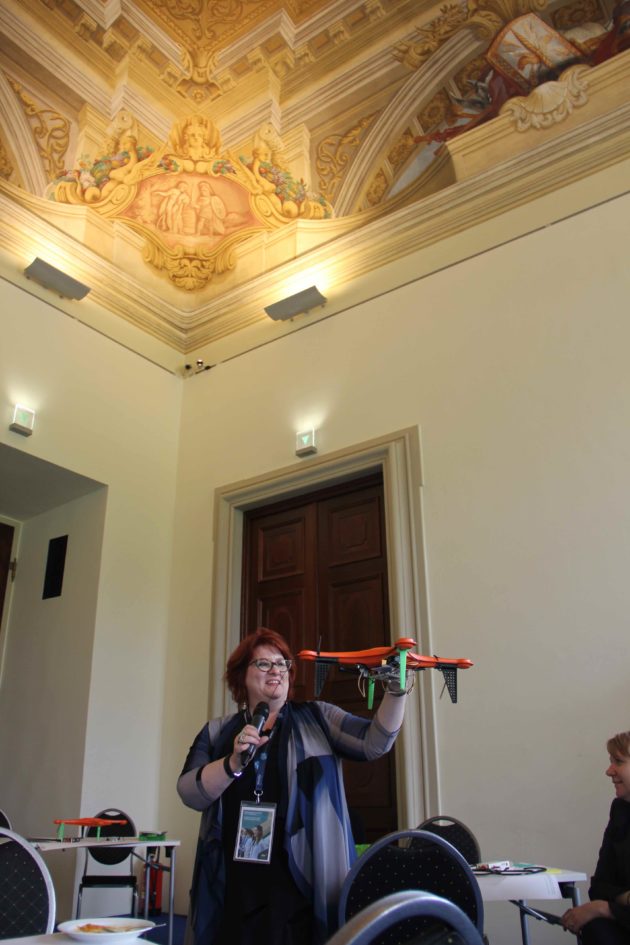 John Mills said: “DroneHack is all about innovating new and real-world solutions to industry challenges, and It was a pleasure to run our first Journalism DroneHack event at DME. The teams generated to some intriguing solutions to editorial challenges. We’re hoping to pick some of these concepts up beyond the hack, and continue to work with the organisations we’ve met here in Vienna.”

Stephen Fozard, project director of GAMI, said: “We believe that our industry can benefit immensely from research conducted in media labs and academic institutions around the world. This work can spark inspiration and form the basis of long-term collaborations. Academic institutions can also benefit by better understanding the needs of the industry in order to steer their research in the right direction. We see this as a win-win situation.”

To find out more about how drones can be used for journalism and data generation, check out Journalism.co.uk’s interview with John Mills. 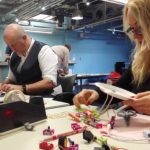 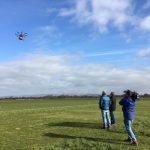 Next Story:
Flying High Challenge kicks off with BBC coverage