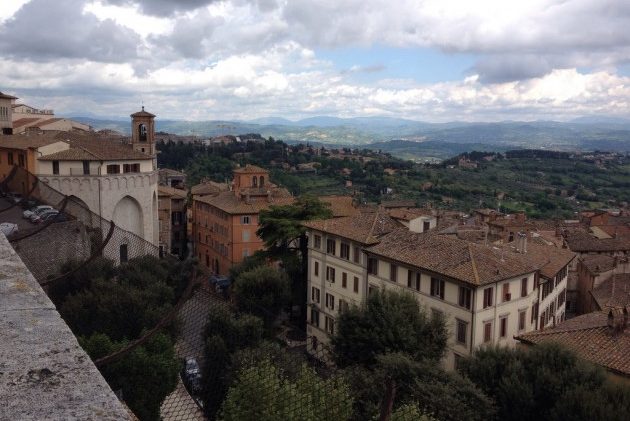 The Italian venue plays host to dozens of talks #ijf14 per day for the five-day event.

From the UK and our digital circles the line-up this year included:

Claire Wardle presented her latest research for Tow Digital Center on user generated content, and notes from the session can be found here.

Martin Belam, fresh from visiting the Media Innovation Studio for some Trinity Mirror training, shared thoughts on ampp3d and the growth of new story forms, while Nicholas Whitaker – media outreach lead at Google –  shared a workshop on Google searching trends and tips.

Pier Luca Santoro from the Datamedia Hub shared some great motivations for why newsrooms should deploy more ramification strategies (see Clare’s Storify on the session ) and Steve Buttry talked about the difficulties in the journey for media innovation.

Garrett Goodman of Worldcrunch, and collaborator on the Media Innovation Studio’s Interactive Newsprint project, led some inspiring talks about crowd funding along with Rob Wijnberg from De Correspondent, which raised $1.7 million (£2.9 million).

Clare comments: “It was also great to share laptop space with the walking newsrooms that are Alistair Reid and Sarah Marshall and the Twitter guru Juliette Posetti.”

UCLan funded nine students to work as volunteers at the festival, which was an inspiring and challenging environment. Their work can be seen here.

Some of the UCLan team 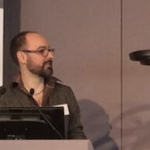 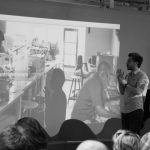