Researcher Clare Cook has been presenting Aerosee.org at the media conference Mindtrek in Tampere.

The three-day conference brings together innovative media, business and tech sectors from across the world.

The drone project was the only demo on show, alongside several poster presentations. Clare said: “It has been a really important opportunity to showcase the capacity for drones in civic fields and it was very warmly received. “Of particular note is a possibility to work with Open Street Maps to explore mapping functionality and also in storytelling for restricted communities in humanitarian areas. Watch this space.’

Last week, Clare Cook discussed the impact of social media on the organisational structure of newsrooms in Paris.

The Conference National des Metiers du Journalisme was held at the UNESCO offices in Paris in the shadow of the Eiffel Tour. Clare was on a panel with Lilian Landor, head controller of BBC World services and Jon Henley, author of Firestorm at the Guardian among others.

Clare’s talk discussed the impact of social media on newsrooms, and the extent to which social media tasks have been ring fenced as a role. She also synthesized findings from the Submojour study on the startup scene in the UK to compare the skill set of smaller teams.

Take a look at the paper here 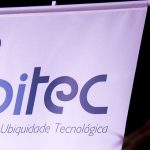 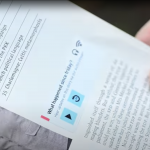