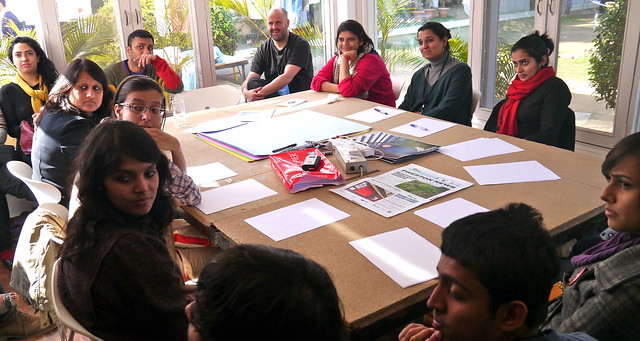 The suburbs of Delhi played host to this year’s UnBox festival in India. The Interactive Newsprint team were delighted to join thought leaders, innovators, musicians and artists to celebrate creativity and share experiences of co-creation and collaboration. Breaking down traditional notions of work and play, UnBox is a genuinely unique festival exploring alternative paths to creative thinking and action through inter-disciplinary collaboration. The Interactive Newsprint team were invited to participate in the festival giving talks on their Digital Economy funded projects which also included ‘ Bespoke’ project.

Jon Rogers said: “Unbox is amazing. We’ve been working with people with great ideas and we’ll be able to bring home connections that could enable radical new forms of the internet to come out of printed electronics”.

Paul Egglestone added: “Novalia’s technology was great. We’ve all worked really hard to develop and test a version of the platform that’s reliable enough to go ‘on tour’ to events like UnBox. We’ve been really pleased with the results and completely blown away by peoples reaction to the platform”.

David Frohlich from Surrey University took the chance to gather user feedback on the Lancashire Evening Post prototype platform from the UnBox audience. John Thackera, Founder: Doors of Perception, Adresses the audience from mainstage at the Unbox festival, 2013

Egglestone said: “UnBox is the most incredible blend of practitioners, academics and interesting people who want to change the way the world works and do things to make peoples lives better. The spirit of openness and collaboration at UnBox kind of embodies the way a new generation want to shape their world.

“The UK has a long way to go to reach that place but it’s a real privilege for us to be here to share the journey.” 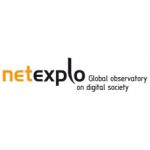 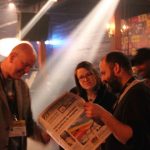