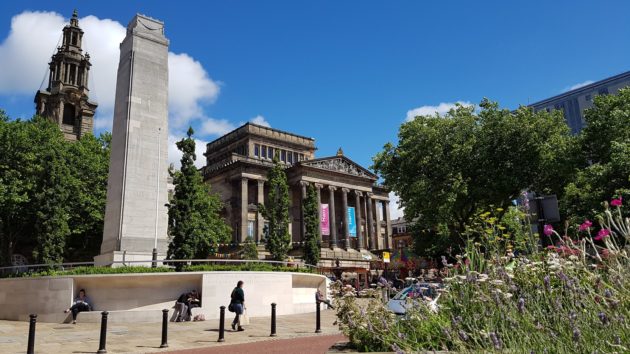 The Harris Museum and Art Gallery in Preston is about to open a MakerSpace. Developed in partnership with the Media Innovation Studio and Design Research North at UCLan. The Harris MakerSpace marks the beginning of a new phase in the evolution of one of Preston’s most significant cultural institutions as plans for its ‘reimagining’ emerge.

MakerSpaces combine manufacturing equipment, community, and education for the purposes of enabling community members to design, prototype and create manufactured works, that wouldn’t be possible to create with the resources available to individuals working alone. The Harris MakerSpace is no different. 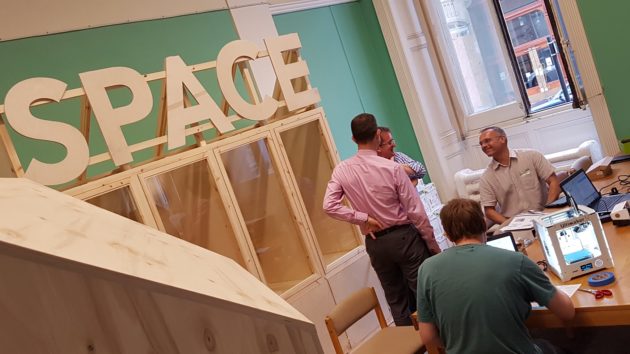 Professor Paul Egglestone who helped establish the MakerSpace said: ‘We’ve started the ball rolling by repurposing a fairly underused, open and accessible space on the ground floor of the museum and library. We’ve added a little bit of kit and some cool fixtures creating that ‘DIY’ feel. Now it’s over to Preston’s makers, hobbyists, artists, tinkerers and hackers to breathe life into it through designing and developing a bunch of activities to take place in Makerspace. There’s a really great opportunity to build something unique and brilliant for our city. I really hope people will catch that vibe and get involved – particularly if they’ve previously been thinking the Harris is not for them’.

A series of introductory activities are planned over the coming months. The first of these is ‘Dronehack’ on the 11th and 12th of August.  ‘DroneHack’ is aimed at bringing together people with a broad range of seemingly incompatible skillsets to design, build and test drone based projects in response to real world requirements.  From drone journalism to drones in search and rescue scenarios, working in teams under the supervision of staff (our Drone Doctors) from the Civic Drone Centre participants will solder, code and fly UAV’s produced in the MakerSpace. 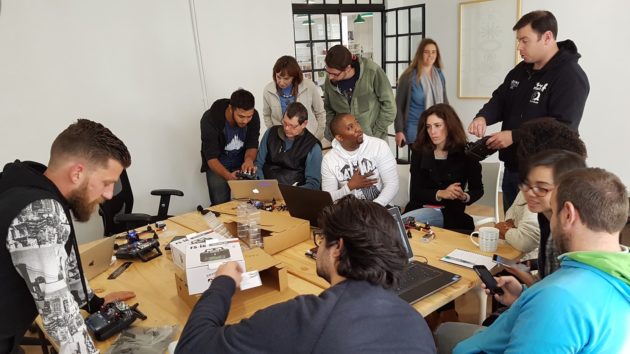 The Media Innovation Studio heads up the Preston chapter of littleBits. littleBits are small circuit boards with specific functions built to snap together with magnets without soldering, wiring, or programming. Each bit has its own specific function, such as light, sound, sensors, or buttons. Connecting them together in different orders and adding a few bits of basic hardware (from toilet rolls to cardboard wheels) it’s possible to create a range of electronic toys – from small vehicles to music synthesisers. LittleBits is coming to the MakerSpace. 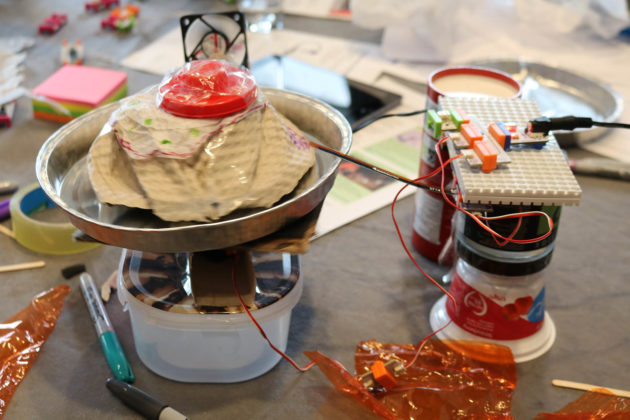 So why is a university interested in any of this? MakerSpaces are recognised as sites of civic and social innovation, creativity and learning. These ambitions naturally map onto most university mission statements or corporate philosophies. However, MakerSpaces have a few lessons for universities. It is the MakerSpaces that are increasingly held up as potential game changers for design, entrepreneurship, fabrication, manufacturing, and technological innovation. (Sleigh, Stewart & Stokes, 2015). At their core they continue to be a disruptive influence on the traditional ‘Fordian’ models of engineering, mass production, product design and consumption. The proponents of MakerSpaces are often heralded as drivers of the new industrial revolution (Anderson, 2012). Foresighted academics are already seeking to understand the potential impact of makerspace approaches to learning and collaboration. They’re interested in the power of connected maker networks and new ways of thinking about how we share resources more efficiently and effectively. And they are interested in how people develop knowledge and skills through peer learning processes occurring naturally in MakerSpaces.  There are many other opportunities for further research on the rise – but more specifically, on the social and economic contribution of MakerSpaces. According to NESTA’s Open Dataset of UK MakerSpaces (April 2015), 41% of activity that occurs in a MakerSpace is socialising. Connecting people through the potential to make things collaboratively fosters conversations which in turn, could help create resilient communities. The act of socialising – particularly among males over 55 – could engender some health benefits. At the moment, it’s simply too early to tell but longitudinal research will provide the evidence either way and universities are best equipped to do this work. We do already know that 35% of the activity occuring in MakerSpaces is ‘learning’. Whether that’s learning new skills, fresh approaches to problem solving or deepening our understanding of different cultures and world views, knowledge is being shared. Perhaps somewhat surprisingly, actual ‘making’ in MakerSpace accounts for only 33% of why people come to MakerSpaces. 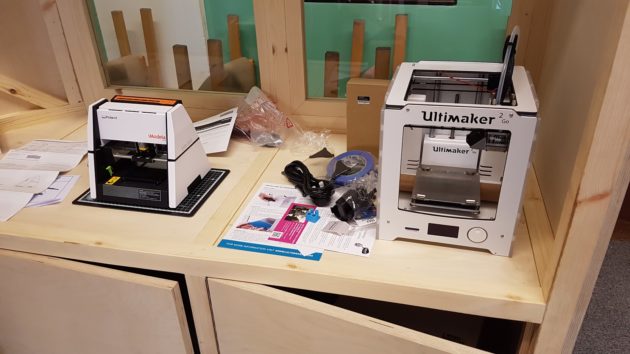