The International Conference on the Freedom of the Press 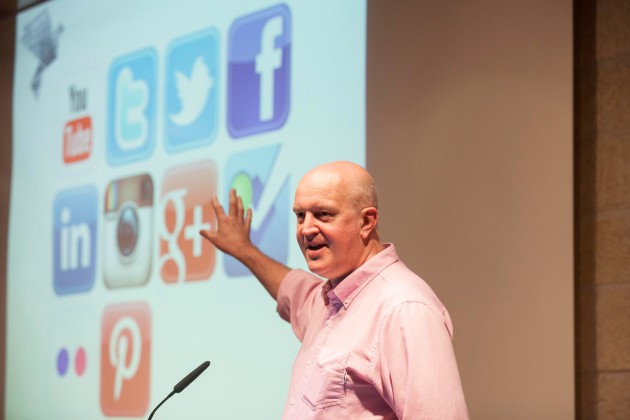 Descriptions of Jerusalem recounted to me by Press Club colleagues and local guests at the International Conference on the Freedom of the Press, ranged from ‘crazy’, and ‘completely mad’, to ‘melting pot’ and a reminder that this is a young country whose occupants are trying to work out what that means on a daily basis.

As we sat waiting to take the platform for our panel session David Horovitz, Editor of the Times of Israel, offered a practical insight into this work in progress by reporting the explosion of a Gazan rocket in the Gan Yavne region of Ashdod the night before. There was no hysteria. No sense of panic. Instead David spoke with a sense of calm resignation. There had been a rocket attack. This would inevitably require reprisal. It could all blow over by the afternoon. It could escalate as it had in 2013. The conversation moved on.

Jerusalem is home to 750 foreign correspondents. That is when the rival factions are not engaged in fighting. When they are the ranks of locally based reporters are swollen by an further 800 or so reporters, their camera crews and technicians, parachuted in – not literally – to cover events.

It is a near perfect venue for a conference weighing issues of universal human rights against those of the individual; where Libyans and Turks join Russians and Mongolians to talk of detention, intimidation, violence and death for those publishing or broadcasting stories governments, corporations, extremist political or religious groups would rather they didn’t. Where the ethics of journalism and the right to free speech bring together Muslim reporters and a secular journalist working for Charlie Hebdo to discus ‘that cartoon’. And where digital journalism is celebrated and denigrated as the future and end of journalism simultaneously.

That the conference was hosted in Israel, which itself has fallen five places from its 2014 position in the Freedom House Index on Press Freedom, was not insignificant. According to Reporters without Borders the fall is largely due to Israel’s Operation Protective Edge against the Gaza Strip, which cost the lives of 15 journalists and media workers. The authorities also stepped up control of programme content on their own TV stations during the offensive, banning a spot made by the Israeli NGO B’Tselem that cited the names of 150 children who had been killed in the Gaza Strip.

Israel’s violations of Press Freedom are of course not unique. According to Freedom House’s Freedom of the Press Index, an annual survey of media independence in 197 countries and territories, only 14 percent of the world’s citizens live in countries that enjoy a free press. Their latest report goes on to say: “In the rest of the world, governments as well as non-state actors control the viewpoints that reach citizens and brutally repress independent voices who aim to promote accountability, good governance, and economic development.”

Even those of us fortunate enough to live in countries much higher up the Press Index are facing the erosion of civil and human rights as successive governments use their powers to control the free flow of information under the guise of fighting terrorism. The effectiveness of any of these controlling measures is at best debatable as organisations like Al Qaeda and IS use the same media and Internet channels to openly strike fear into people worldwide. 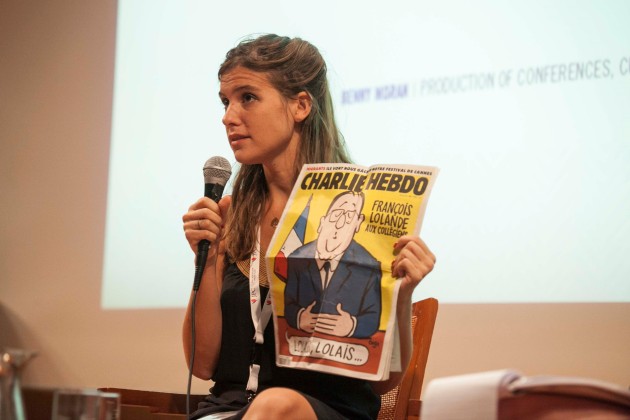 There is however a tension between the principle of our human right to free speech and our right to practice it. A question over how free our press ought to be if it can’t act responsibly. At no point in the conference was this better illustrated than during a conversation between sociologist Prof. Eva Illouz and Solène Chalvon, correspondent of Liberation in the Ivory Coast and a columnist at Charlie Hebdo. Chalvon defended the actions of the magazine re-stating that freedom of expression must survive whilst dismissing criticism that the satirical Charlie Hebdo deserved its fate because of its “editorial foolishness”. Many ordinary citizens may find this position at least tactically naive. Judging by the mood in the Jerusalem Press Club auditorium during the conversation most professional journalists, whilst respectful of Charlie Hebdo’s right to ‘speak out’ and their acceptance of France’s philosophical tradition of secularism, would be inclined to agree.

For my part I steered clear of the directly political controversies and spoke instead about the seemingly less inflammatory issues (politically at least) raised by so called ‘Digital Journalism’. Inevitably issues of citizen journalism and the supposed impact on quality editorial content came up, though the emergence of citizen journalism was an alien concept to many delegates from beyond western geographies. In Nepal, Russia, Turkey and East Timor – to name but a few – they are more concerned for their freedom and safety.

That said, all acknowledged the impact of the web and social media on their practice alongside the potential of digital tools for gathering, sharing and verifying information. They understood the power of data journalism to re-connect people to stories whilst recognizing the need for the training of journalists in new skills so they are able to take full advantage of the great swathes of open data pouring out of government departments. Most of all they recognize that any tool, be it digital or analogue; any skill, whether it’s traditional or emerging; and any process, whether production or editorial needs to be used to serve a greater purpose. The purpose of ensuring the people they write, record and broadcast for have the information they need to make informed decisions about who is governing them and how they wish to be governed.

As I leave the old city and say farewell to colleagues returning to work in extremely difficult countries I imagine living in Jerusalem requires both pragmatism and a degree of hope that eventually things will change in a good way. I imagine being a journalist – for many of the people I’ve just met – requires the same virtues. 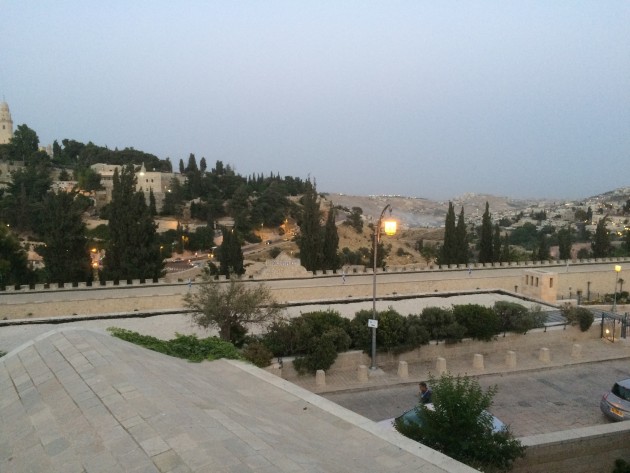