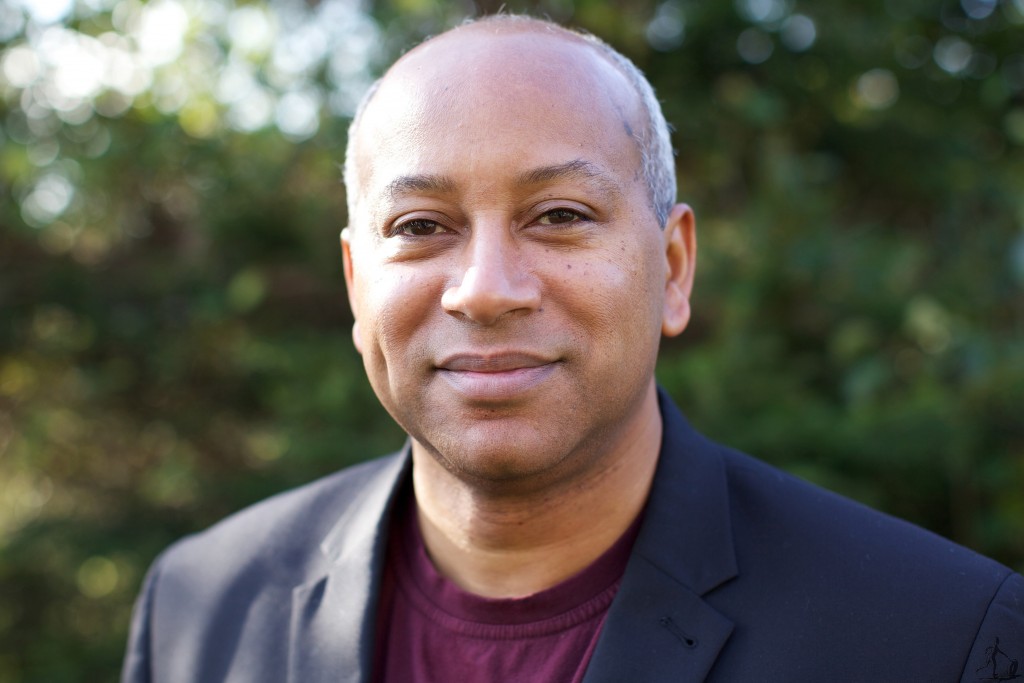 Erik Knudsen is Professor of Media Practice at the University of Central Lancashire, Preston, UK. He was formerly a Professor of Visual and Digital Culture at Bournemouth University. Prior to this, he was Professor of Film Practice at the University of Salford in Manchester, UK. At The University of Salford, he was the Head of The School of Media Music and Performance between 2010 and 2012. He regularly conducts guest workshops at international film schools, such as the Escuela Internacional de Cine y Television in Cuba, where he was Head of Editing between 2001 and 2009. He was born in Ghana to a Danish father and Ghanaian mother in 1956. He grew up, and was primarily educated, in Denmark, with a few years of schooling in Britain. After a stint of Law studies at Århus University in Denmark, he then went on to study film production at York University in Toronto, Canada, from where he graduated with a Bachelor of Fine Arts with Specialist Honours in Film Production in 1983. He returned to Britain in 1984, where he has lived and worked since. He gained his PhD from the University of Salford, 2002.

His most recent feature film Cleft Lip, is due for release in 2018. This was preceded by the feature film, The Raven On The Jetty, which won the Jury Award at the Madrid International Film Festival in 2014 and was released in 2015. His previous feature film, The Silent Accomplice, which was completed in early 2010. In 2009 Erik made the short documentary set in Cuba, Vainilla Chip. In 2008, he collaborated with the renowned theatre company, Hourse & Bamboo Theatre Company, to make the visual moving image components of their touring show, Veil. 2006 proved another busy year in which he completed two films: the documentary, Heart of Gold, and his fiction feature film, Sea of Madness. His previous film, Brannigan’s March, was released in February 2004. Previously, the documentary film Bed of Flowers, was completed in February 2001. Signs of Life, a fiction feature film, was completed in June 1998. Reunion, was completed in 1995 to a commission by Channel Four Television. Before that,One Day Tafo, commissioned by the Danish National Film Board, shot on location in Denmark and Ghana, won the bronze award at the 1991 Houston International Film Festival and was subsequently invited to compete in the 1991 San Sebastian Film festival in Spain. This film was also broadcast by Channel Four Television.

More recently, Erik Knudsen has been involved with photography and exhibited his photographic essay, Cuba In Waiting, at the Cervantes Institute in Manchester in 2013 and Dean Clough Galleries in Halifax in 2014/15. His recent project, Doubt, is an interrelation project that works with a film and a book was exhibited at the Leica Store Manchester in January and February 2018.

Prior to these films, Erik scripted and directed more than half a dozen short films, including Stray Dogs Can’t Find Their Way Home and The Chastity of Jenny. He has optioned a number of screenplays to other producers, such as On A Starry Night to Strawberry Vale Productions, London, and Whose Gambit to Brian Eastman at Carnival Films, London.

A former musician, singer and song writer, he has also directed more than a dozen Fringe stage productions in London and Toronto, including Wedekin’s Spring Awakening, Wilde’s Salome, Camus’ Caligula and Pinter’s The Room. Programmes for radio constitute an important body of work, including extensive work for the BBC World Service such as the 20 part drama, Against The Law, 2 x 20 part series on African literature, African Voices I and II, and the serialisation of his short stories A Dream Come True, The Birthday and Albert’s Betrayal.

Until September 2007, Erik was the Course Director of the MA in Documentary Production and the MA in Fiction Film Production in the School of Media Music and Performance at the University of Salford. Between 1997 and 1999 he was the Course Leader and Head of Production of the PG Dip/MA Film Production (fiction) programme at the Northern School of Film and Television at Leeds Metropolitan University. Formerly a director of the Lancashire Film and Video Summer School, he has also run many workshop projects, such as the Scriptnet 2000 project and the ANIWA film festival, both in Ghana. He is also an advisor to North West Arts Board and a former chair of the board of the Horse and Bamboo Theatre Company in Rossendale. He is currently the Chair of the Board of Trustees at Square Chapel Arts Centre in Halifax, UK, and is a former member of the board of trustees for Clapperboard UK Ltd and the Cornerhouse, Manchester. Television appearances have included contributions to the filmmaking programmes within BBC 2’s Arts and Crafts Show.