The Media Innovation Studio team pulled the best of British interactive print together for an exclusive audience with the European Patent Office in the Hague this week. 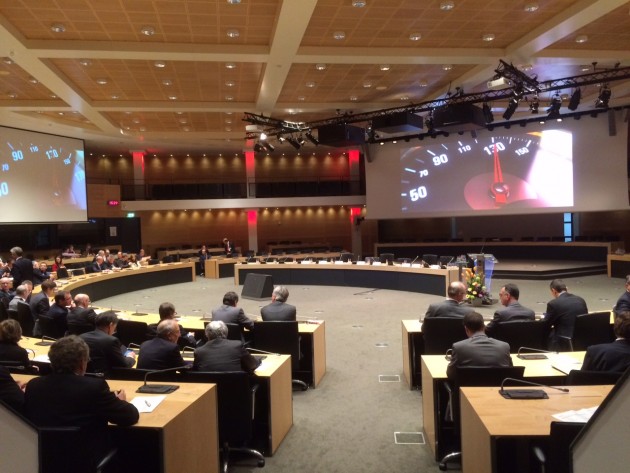 .@digitaldocs in action at the EPO – showcasing interactive print. pic.twitter.com/rgjtkbmH1Y

They also displayed the work they’ve done with Surrey and Dundee university and technology partner, Cambridge based company Novalia, on the original EPSRC funded Interactive Newsprint project. Making its inaugural appearance was the first of three brand-new prototype demonstrators that combine interactive ink and new hardware in a new and unique way.

Interactive print on show, at the EPO

The demonstrator exhibition was all part of a senior managers conference at the European Patent Office where over 300 delegates and their respective Director Generals were looking for new ideas and inspiration. 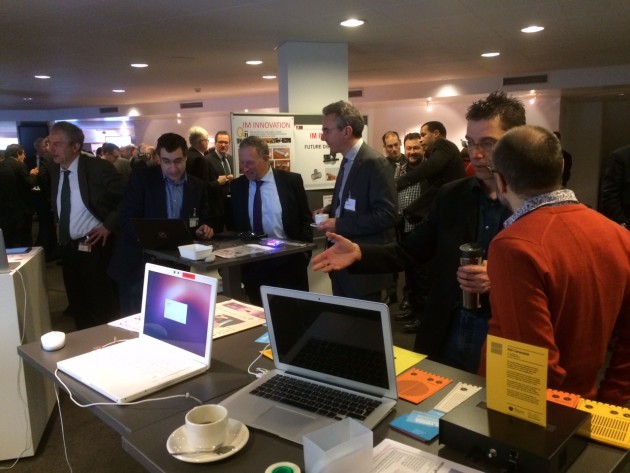 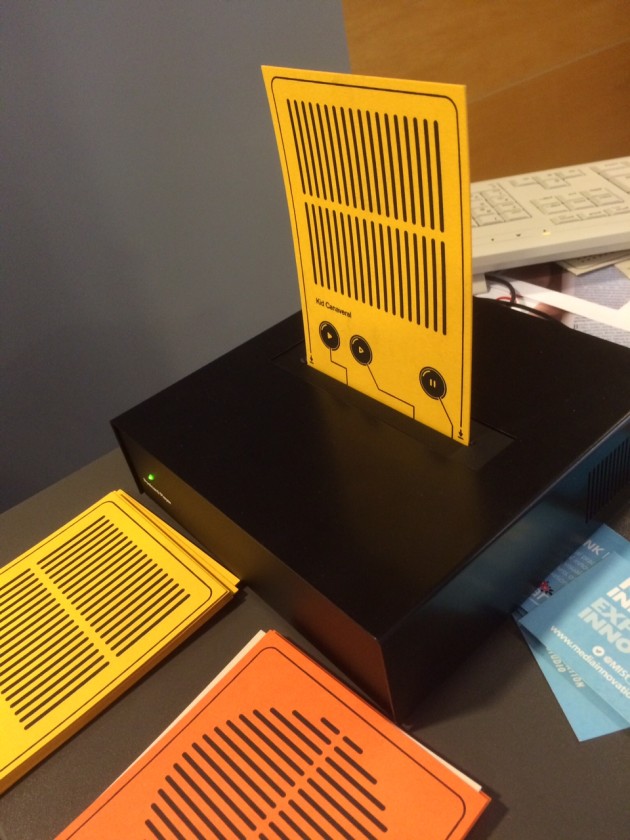 “The invite came after EPO’s Dr Barrou Diallo saw our work on the Interactive newsprint website and arranged to come and see us at the Media innovation studio” said Professor Paul Egglestone. “As well as arranging demonstrations of the work we’ve been doing we were able to show him our studio space and facilitation tools and talk about the joys and perils of innovation – which is at the heart of all Barrou’s work.”

Whilst they were in the patent office the Media Innovation Studio guests were given an exclusive preview of EPO’s new innovation lab.

John Mills said: “It’s always really tiring but rewarding doing demonstrator days. People are surprised to find we are still working with paper, but doing so in a hugely disruptive way. Those who think the future will be screened based are able to consider another alternative. Thinking of paper as a digital platform is a radical, and potentially beautiful thing.”