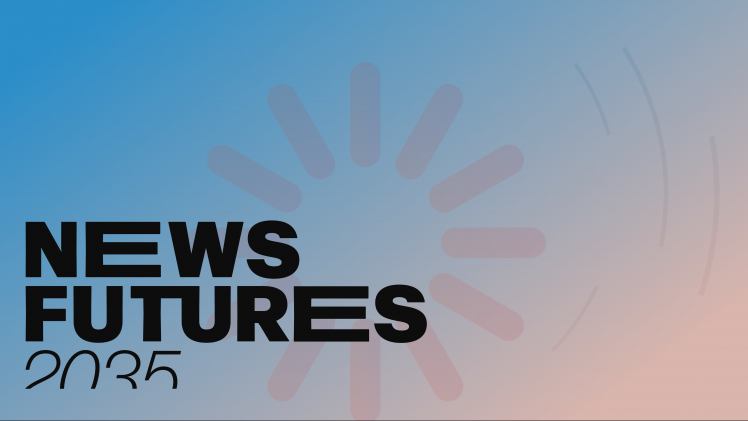 Today the Media Innovation Studio at the University of Central Lancashire (UCLan) is launching the News Futures 2035 foresight project in response to concerns about the future of public-interest news in the UK.

Home to the oldest university journalism programme, the UCLan research team, led by Dr François Nel, is perfectly placed to lead this exploration into the future history of this vital public service.

During three national roundtable events, the team will ask experts from inside, alongside and outside the industry to consider alternative scenarios, develop new visions and catalyse better relationships, all focused on the question:

How can the supply of trustworthy public-interest news in the UK be secured?

People who would like to get actively involved in the News Futures 2035 roundtable discussions, or just be kept updated, can express their interest via this short form.

Why does public-interest news matter?

In 2018, Dame Frances Cairncross published the seminal Cairncross Review that painted a bleak picture of the media industry – and with that – public-interest news and investigative journalism. She said there is a:

“clear link between the reduction in the numbers of local journalists and the closure of local newspapers on the one hand, and declines in democratic and civic engagement, and negative impacts on the management of public finances on the other”.

The report called for a number of interventions – yet most of these are still to be acted on. Meanwhile, this downward trend for some has been compounded by things like the spiralling cost of living and rocketing newsprint costs in the UK, alongside global crises like COVID-19 and climate change. Some of the latest industry data suggests that in the UK:

Yet, there is success to be built upon:

How to get involved

People who would like to be included can express their interest via this short form. An initial scene-setting research paper to inform the discussions is being prepared by Dr François Nel, with Jeremy Clifford, former editor-in-chief at Archant and visiting scholar at the Media Innovation Studio, and Jonathan Heawood, Executive, director of the Public Interest News Foundation and research associate for News Futures 2035. A final News Futures 2035 report will:

“There are widespread concerns about the rise of misinformation and disinformation at the very time that the industry on which we’ve relied to supply trustworthy news in the public interest is struggling. And while there have been many interventions from media and development actors to shore-up today’s industry, we are yet come together to imagine the futures we want to create tomorrow – and to work together to make it happen. The News Futures 2035 foresight study provides us the opportunity to do just that.”

“Accurate and trusted news sources are an essential part of an informed society, yet the news industry, at all levels, faces challenges, from economic pressures, misinformation, disinformation and the rise of news aversion, to the blurring in audiences’ minds between social-media distribution systems and the news providers who use them. It’s a crucial time to consider what this evolving picture means for public-interest news, and how individuals or brands who create it can build towards a robust future, so I am delighted to be involved in this conversation.”

“Every day we see new challenges to the sanctity of fact-based reporting even as advancing technologies, increased diversity and more varied forms of storytelling give our newsrooms the opportunity to deliver better journalism. There is an urgency to the work News Futures 2035 is pursuing, and I look forward to engaging in robust and thoughtful discussion about how to preserve the ambition and standards that the industry requires.”

“We’re going through a period of massive social change in the UK, and it’s hardly surprising that the news industry is struggling to keep up. That’s why I’m excited about the News Futures 2035 project. This is a unique opportunity to bring people together from across the industry, and beyond, to talk about the things that really matter – high-quality journalism, the public interest, and how we can find new models of news that truly serve society.”

Matt Cooke, Head of Google News Lab, said: “Everyone, everywhere, benefits from a healthy news industry and access to great local journalism. We’re pleased to support UCLan’s independent research to further strengthen British journalism, and consider how people across the country will access information and public interest news in 2035 and beyond.”

Is another future possible?

After many years of change and struggle in the news industry, this may be a turning point in the future – and history – of news. Ultimately, many have a dystopian vision – where the provision of trusted news is lost – and where people are vulnerable to false information, disengaged or avoid news altogether. It may be that news-media organisations are not currently able to give communities what they want or need – but if audiences switch off – the public interest is not being served.

To explore these issues, the team is working with two experienced facilitators of participatory, multi-stakeholder processes: Dr Bruno Tindemans, Chief Foresite Officer for the government Department of Works in Brussels, and Alain Wouters, a strategy consultant formerly of the group planning department at Shell.

While the primary focus is on public-interest news in the UK, what is learned during News Futures 2035 will be relevant further afield, not least because the British media has often led the way.

(1) Médiatique overview of recent dynamics in the UK press market (2018) produced on behalf of the Department for Digital, Culture, Media & Sport for the Cairncross Review.

(2) Reuters Institute for the Study of Journalism (2022) journalism, media, and technology trends and predictions.

(3) Médiatique overview of recent dynamics in the UK press market (2018) produced on behalf of the Department for Digital, Culture, Media & Sport for the Cairncross Review.

(4) Reuters Institute for the Study of Journalism (2022) journalism, media, and technology trends and predictions.

About the Media Innovation Studio

Formed in 2013, the Media Innovation Studio at the University of Central Lancashire brings together an interdisciplinary team of media researchers, interaction designers and innovators from across the university. It is currently home to the Journalism Innovation and Leadership Programme, which helps editorial leaders from across the world improve their practice and build networks, and a Visiting Scholars Programme.

About the Google News Initiative

The Google News Initiative works with publishers and journalists to build a more sustainable, diverse and innovative news ecosystem. It has more than 7,000 news partners, has given more than $300 million in funding and works in more than 120 countries.

Matt Cooke has been at Google since 2011 and during this time he’s led multiple election projects focusing on fact-checking initiatives, data journalism and broadcast partnerships. Matt was the first member of the News Lab outside the US, and launched Europe’s first News Lab Fellowship. The News Lab forms part of the Google News Initiative, an effort to work with the news industry to help journalism thrive in the digital age. Before joining Google, he was a television reporter and producer at BBC News for eight years.

About the Society of Editors

The Society of Editors has nearly 400 members, including editors, managing editors, editorial directors, training editors, editors-in-chief and deputy editors in national, regional and local newspapers, magazines, radio, television and digital media, media lawyers and academics in journalism education. They are as different as the publications, programmes and websites they create and the communities and audiences they serve. But they share the values that matter.

The Public Interest News Foundation is the first charity with a remit to support public interest journalism across the UK. Founded in 2019, PINF runs funding and leadership programmes for a wide range of independent news providers, as well as conducting research into the state of public interest news and raising awareness of relevant issues among philanthropists and policymakers.

About the Independent Community News Network

The Independent Community News Network at the University of Cardiff’s Centre for Community Journalism exists to support this diverse sector and to promote quality journalism, help address the democratic deficit in news poor communities and help create more jobs at the local level.

About the Digital Editors’ Network

Since 2007, the Digital Editors’ Network has connected media innovators – whether they work inside, outside or alongside mainstream media organisations – with the cutting-edge insights, tools and talent they need to succeed.

Bloomberg‘s newsroom of more than 2,700 journalists and analysts across 120 countries delivers thousands of stories a day, producing content that is featured across multiple platforms, including digital, TV, radio, print, streaming video and live events.

Laura Zelenko is senior executive editor at Bloomberg News overseeing editorial standards, talent, diversity and training. In 2018, she founded the Bloomberg New Voices program, a global effort to raise the visibility of female financial professionals that to date has sponsored intensive media training for more than 400 executives around the world and helped improve representation on Bloomberg’s news platforms.

Reach Plc owns more than 130 of the most trusted and popular national, regional and local media brands, with a combined print and digital monthly reach of 48 million. It has over 10 million registered customers, reaching them through campaigning, championing and making change in local communities.

Alison Gow is a past editor of WalesOnline, Wales on Sunday and the Daily Post, and is currently interim Audience and Content Director for Video and Audio with Reach Plc. A board member and former president of the Society of Editors, and advisory board member for the Department of Journalism Studies, University of Sheffield, and Journalism and Leadership Programme at the University of Central Lancashire, she has particular interests in journalism innovation, leadership development, organisational culture change and audience engagement.

Co-founded by Alan Hunter, former Head of Digital at The Times and The Sunday Times of London, HMB Advisory partners with clients to accelerate growth in their digital content businesses. They have worked with Harvard Business Review, Future and more. 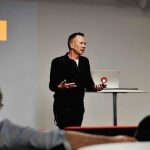 About the Author: Kirsty Styles