Quickly following on from his trip to Brighton for ISS 2017, PhD candidate Oliver Halstead travelled to Denver, Colorado, to attend the Society for Ethnomusicology’s (SEM) Annual Meeting.

While ISS presented an opportunity to see a variety of practical works and demonstrations that showcased the interplay between the physical and the digital, SEM’s Annual Meeting gave Oliver the chance to engage with more theoretical and historical discussions relating to the past, present and future of global music. 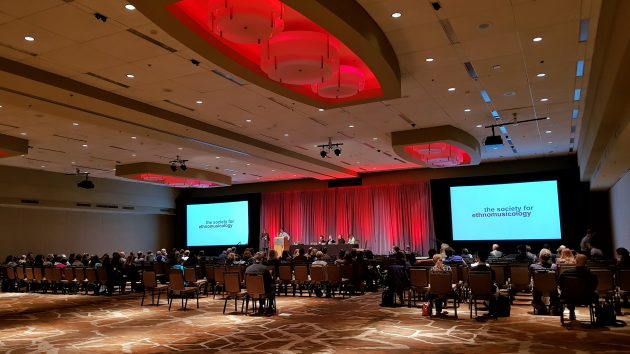 Attracting around 1000 participants, the conference is one of the largest to focus on the subject of ethnomusicology, and it annually brings together a broad variety of academics, musicians and artists to present their recent works. The range of presentations covered a vast number of topics, from the use of music for political propaganda to artificially intelligent musical composition algorithms. Being able to speak with such a diverse collective of people provided Oliver with numerous insights into the detailed work that is being undertaken in the study of music, and assisted in understanding where new interdisciplinary connections could be of most benefit in future.

Challenging questions were raised by some, which queried the future of ethnomusicology and asked how the discipline can best move forward in the grander scheme of things. Michael Tenzer (University of British Columbia) suggested we may be too nostalgic, and that we should perhaps consider studying popular and contemporary musical styles in greater detail, rather than focusing so much those of the past. Such comments were met with a mixed reception, but it is clear that they need to be addressed in order for the ethnomusicological community to advance into new areas of research.

The Global Jukebox, curated by the Association for Cultural Equity (ACE), does a wonderful job of bridging the historical with the contemporary, acting as an online interactive database which permits access to decades worth of audio recordings, which have been meticulously collected by famed ethnomusicologist Alan Lomax in hundreds of locations across the globe. The small team responsible for the Jukebox, including Alan’s daughter and ACE president Anna Lomax, spoke at length about their intentions for the platform and their hopes for the near future, as they work toward an educative, informative and enriching hub of musical knowledge that can extend its reach far and wide.

The amount of work devoted to the projects being presented in Denver was inspirational to say the least, as practitioners had committed hundreds of hours to preserving, nurturing, maintaining and transmitting voices, music and stories that would likely not exist without their care and dedication. Musicians were also invited to perform their music as part of the conference, with little pop-up concerts taking place in the hotel lobby, and special themed events taking place at a nearby venue, making music an integral part of the conference atmosphere from the very start.

How to officially open a conference / Brilliant beginning to day one of #SEM17 pic.twitter.com/ZY3qqjFEBr

Oliver enjoyed his time in Denver and is looking forward to applying the knowledge he gained to his future work, as he continues to undertake research around the use of creative technologies for music collection and dissemination. 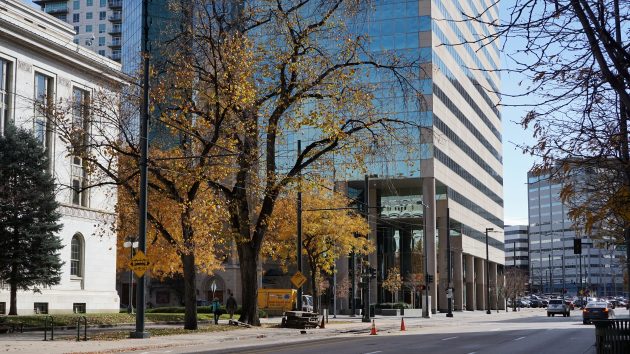