Last week was a busy week for the NewsThings team.

Media Innovation Studio researcher and lecturer (and part-time PhD student at the University of Surrey’s Digital World Research Centre) gave a talk on the Internet of Things (IoT), Journalism and the NewsThings project at the Guildford Institute. Given as part of the 170-year-old institute’s open lecturer series, around 70 members of the local community attended.

The talk ranged from connected homes, smart cities, IoT manufacturing and how the news media could use IoT in the future. This spanned sensors, big data and, in line with NewsThings and a range of previous projects, devices in people’s homes that communicated news in novel and meaningful ways.

For a fuller write-up, check out this piece on the Digital World Research Centre’s blog. 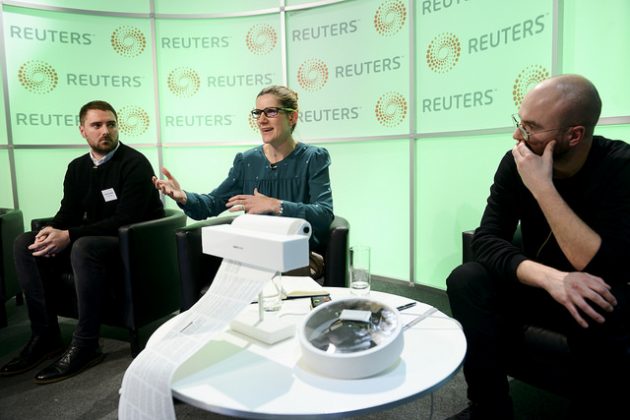 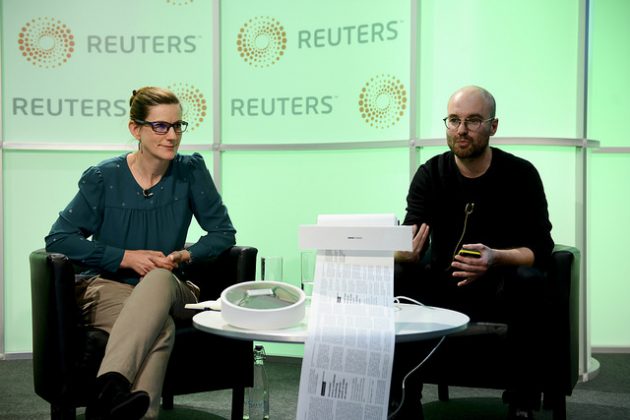 Alison and Tom spoke about the project, the nature of how its collaborates with users and external partners and the devices themselves. PrinterThing is a home-based print-on-demand device that collates information througout the day via a user’s smartphone and then prints it at a time of the user’s choosing. ConeThing is a newsroom tool that runs semantic analysis on comments that run under Facebook news stories. A cone, which sits on a journalist’s desk, tilts and bends depending on positive and negative sentiment – the idea is to give a newsroom an instantaneous physical readout of how their audience is feeling. 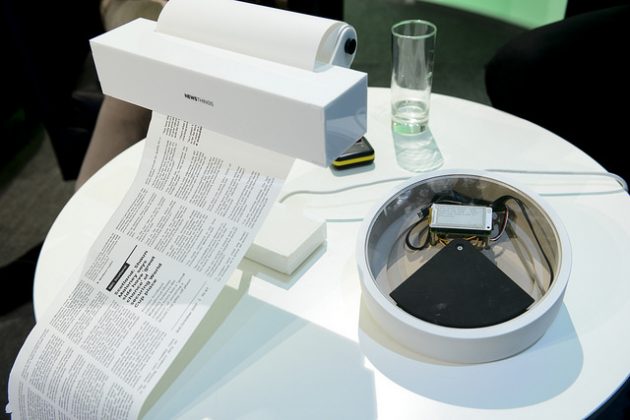 The next stage of the project is to deploy with a range of users to get their feedback and insights. Watch this space for more detail…