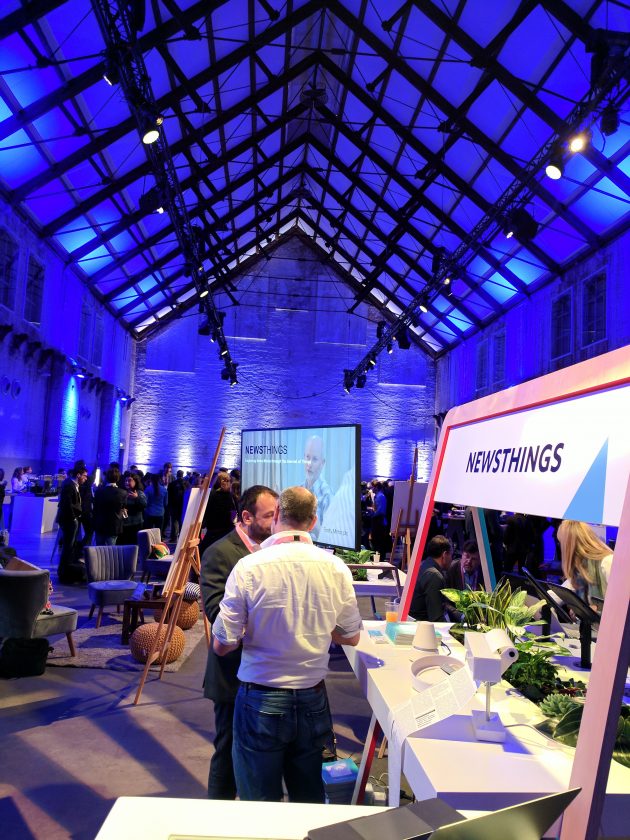 NewsThings – our internet of things project with Trinity Mirror and design consultancy Thomas Buchanan – headed over to Amsterdam this week to present its demos to the Google Digital News Initiative (DNI) annual summit.

Held in a cavernous hall in the north of the city, the day-long Google DNI Summit session brought elements of the global news community together to discuss challenges such as fake news and falling trust, witness compelling testimonies from Syrian filmmaker Hassan Akkad, whose Exodus documentary charted him fleeing the war-torn state. Delegates were also able to participate in breakout sessions that drilled down into some of these issues, and were able to ask the Google team – spanning DNI, Google’s News Labs and senior UK and European partnership teams and leads.

NewsThings won 50,000 euros from the 124 euro DNI fund in 2016, and has been working to create IoT prototypes that focus on how the news media industry could utilise develop web-connected objects. 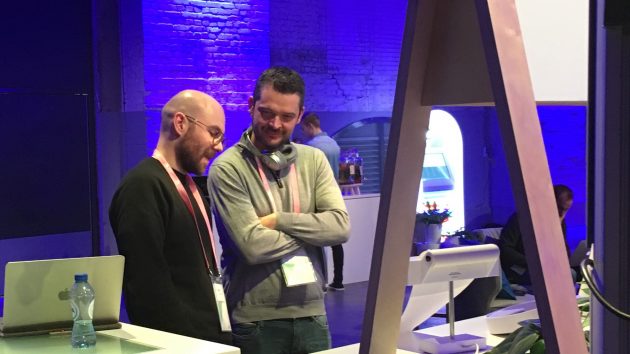 Three NewsThings prototypes – ConeThing, RadioThing and PrinterThing, which all convey or respond to news in physical ways – were among just three projects to be shown at the summit. John Mills, Media Innovation Studio researcher, and lecturer and Tom Metcalfe, creative director of Thomas Buchanan, spent the afternoon talking to Google, news media leaders and CEOs, editors, academic researchers, innovators and other DNI recipients about or work. 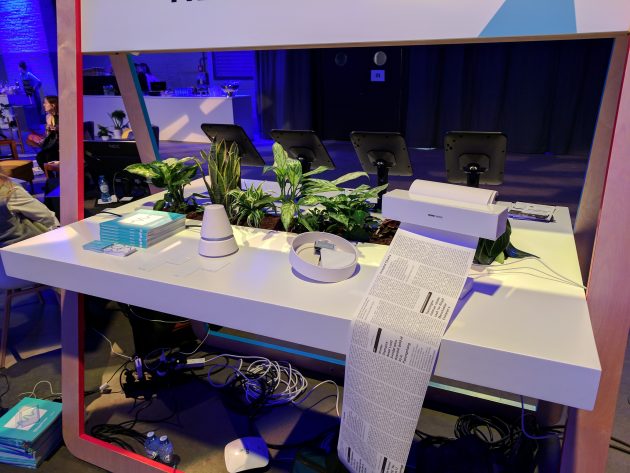 Each of our prototypes explore a different way to connect content with a physical experience. They are:

ConeThing explores how glanceable tech could be used in newsrooms, scanning a publisher’s social media posts to try to understand how an audience is feeling about the content they’re consuming.

RadioThing allows users to listen to content from around the web, personalised by the user via physical tags and also allowing audiences, depending on the experience they want, to listen to positive, negative and neutral news.

PrinterThing is a personalised printer that allows users to gather news from over the day that they want to save for later, return to or read in more detail. It does away with screen as, around an hour before bedtime, it prints a bespoke newspaper.

Looking to the future, NewsThings will also be presenting in more academic locales over the next few months – heading to Stockholm for the Tangible, Embedded and Embodied Interactions.

More importantly, we’re beginning to deploy the prototypes to users, and will be collecting data over the next few months.

Watch this space for more news…